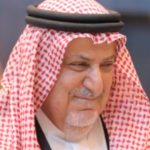 Sultan Ghalib II bin ‘Awadh al-Qu‘aiti (born 7 January 1948) is the former Sultan of the Qu’aiti State or Qu’aiti Sultanate, (Hadhramaut) in present day Yemen, and is the current head of the Al-Qu’aiti household. He reigned from 11 October 1966 until the monarchy was ousted on 17 September 1967.

Sultan Ghalib is the eldest son of his predecessor, Sultan ‘Awadh bin Saleh. He married Sultana Ahmed Rashid in London on 7 June 1975, and has a son, Prince Saleh and two daughters, Princess Fatima and Princess Muzna.

The Sultan has working knowledge of several languages including Arabic, English, French, Persian, Urdu and Hindi, which supports his research of various historical periods and geographic regions. During his later years, he has authored a number of papers and books on Islamic, Arabic and Indian history. One of these titles is The Holy Cities, the Pilgrimage and the World of Islam (2008) which has been well reviewed and received in the world of academe.