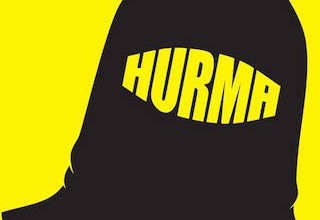 Denied her voice, even the freedom to ask questions, al-Muqri’s ill-fated heroine remains nameless. As a female she is simply a ‘Hurma’ – literally ’sanctity’, an entity to be protected from violation. Growing up in the stifling and oppressive atmosphere of her childhood home in the Yemeni capital of Sana’a, Hurma’s story intersects with those of her elder siblings, Lula and Abd al-Raqeeb. Lula’s overt sexuality is a foil to Hurma’s staunch conservatism. For Lula sex offers a form of resistance and empowerment, although one that will ultimately result in her destruction. In contrast, their brother, Abd al-Raqeeb undergoes an overnight transformation from an avowed socialist, contemptuous of his father’s piety, to a religious extremist; a conversion triggered by sexual jealously over his new wife.

Hurma’s passionless marriage to a man whose impotency is a cruel reflection of her inability to shape her reality, is the first in a catalogue of farcical disappointments. She journeys across the Middle East: from Yemen to a militant training camp in Sudan and onto Afghanistan to join the Jihadist cause. On her eventual return home, ever crueller twists of fate await her as her search for spiritual and sexual fulfilment leads to disastrous consequences.

Turning the classic coming of age story on its head, Ali al-Muqri’s fresh and darkly humorous narrative takes an irreverent swipe at the profound hypocrisy that hides behind fanatical religious dogma. With its confessional tone, Hurma’s direct and unflinching account is as painful as it is comic.

Ali al-Muqri is a Yemeni writer born in 1966. He has worked in cultural journalism since 1985. He has published eight books including Black Taste, Black Odour which was longlisted for the International Prize for Arabic Fiction in 2009. Some of his works have been translated into English, German, French and Spanish. He has participated in several literary Arabic and international festivals. His latest novel, The Handsome Jew, has been longlisted for the 2011 Prize.

Thomas Aplin was born in England in 1979. He has a first class bachelor’s degree in Arabic and is currently pursuing a PhD on the Saudi novel at the University of Edinburgh. His love for contemporary Arabic fiction was kindled by the novels of the celebrated author, Abdelrahman Munif, which he read as an undergraduate during a year spent studying in Damascus. In addition to contributing to publications such as The Caravan, Banipal Magazine and the International Prize for Arabic Fiction (IPAF), Thomas is involved in a number of cultural projects across the Gulf region. Researching heritage traditions with a hope to promote their preservation, he has a particular interest in Nabati poetry and folktales.

Hurma will be released on October 1st 2015 by Darf Publishers.