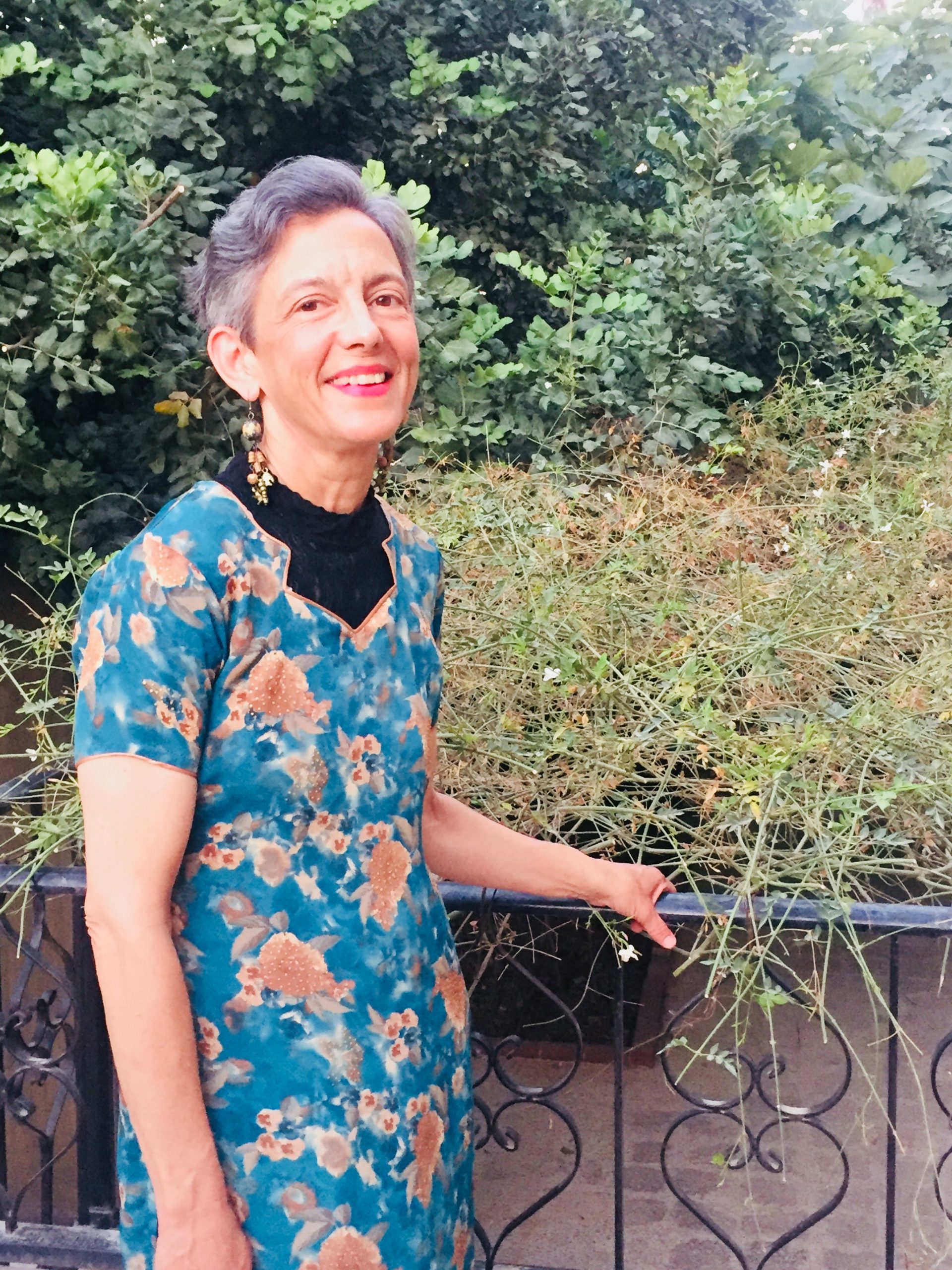 Where are you calling from Nancy?

Chicago, in the northwest suburbs. In a city called Wheaton.

Is that where you’re from?

No, I was born and raised in Wichita, Kansas. I studied as an undergraduate in Kentucky. Then I did my graduate degree in Indiana and went overseas. I lived in Lebanon for a year and for five years in Kuwait and came back for about seven years. After studying and living in Indiana again, I went to Jordan and lived there from 1995 to 2015.

What has been your favourite place?

Oh, boy. That’s a very hard question to answer. I had a happy childhood growing up in Kansas. And in Kentucky where I lived for my undergraduate degree – beautiful, beautiful state. Rolling hills and green fields. Those were happy years of my life. I was immersed in academia. And then Indiana for my graduate years, that was okay. Bloomington is lovely. Lebanon was very hard. It’s an amazing place, but very, very hard and war torn. I had students that were almost impossible to handle. I was an ESL teacher at the time. I was studying and teaching English as a second language. And then Kuwait was very dry and hot, but my teaching experience there was much more positive.

Jordan is like my second home now. I raised my children there. I came to know Jordanian people very well, and the language. I also like it here. I’m happy in Wheaton. But my heart, you know, it throbs on both sides of the Atlantic. It feels kind of bittersweet.

Did you study Arabic at university?

No. I studied psychology and religion. I didn’t know about Arabic yet. I discovered Arabic by accident in my senior year of college, through a friendship. And that friendship led to a curiosity. Curiosity led me to study Arabic. And then I sort of fell in love with it.

Where was your friend from?

She was from an Islamic country, but not an Arabic-speaking country. She was from Iran. But I was interested in learning more about Islam. I was trying to find out more about her background and ended up learning that the language of Islam is Arabic.

Did you do your postgraduate in the language?

Yes, the first degree was TESL. And the second one was in Arabic. So I got a master’s degree in Linguistics and a master’s in Arabic later on.

It was in Kuwait that I realized I wanted to become a translator. Then, when I was doing my Arabic degree, I got into literature. The beauty of the language and the poetic nature of it had always entranced me. The idea of studying literature was always there in my mind when I was doing my masters in Arabic. Not long after that, I started trying to translate some novels by a Syrian writer named Ghada Samman. One of my professors had introduced me to her. So I contacted her and I said, “I noticed that this novel of yours has never been translated into English. Would you like me to do that?”

So, I translated her novel Beirut ‘75. I entered it in a contest for unpublished manuscripts and ended up winning the prize. Part of the prize was for them to publish the book. It was a wonderful break.

In the beginning, it has to be completely freelance, and you have to just take all the initiative. I did these early translations without any sort of contract or financial support. But that didn’t matter. That’s why you need to love it – you really have to love it. You’re going to have to do a lot that pays either nothing or not very much at first. But then, if you begin to receive recognition, the early hard work and sacrifice pay off.

How did you come to find Hatless?

I was approached by by Samuel Shimon with the Banipal Magazine of Modern Literature. Banipal also publishes full-length books. And I think they’re the ones who approached me about translating it. They work together with Darf.

What drew you to translation, rather than say writing or journalism or publishing?

Well, it must have been my love for Arabic. I’ve always loved to write, but because I had spent so much time and effort learning Arabic, I was enchanted by the idea of transferring the meanings from this language to my own in a beautiful way. I just latched on to that idea. I wouldn’t be able to write fiction myself. I have no talent as a fiction writer. This way, I can vicariously participate with the fiction writer. You’re recreating the book that someone else has written. You don’t have to think of the plot. You don’t have to make up the characters. That’s all done for you. Your only job is to recreate what this person has done in the most beautiful and effective way you can.

Do you think there’s something special about linking the West with Arabic cultures? Do you feel like you’re bridging the gap between different parts of the world?

Oh, yeah, absolutely. That’s a big part of it. I’ve translated a lot of Islamic material as well.

And that’s definitely bringing Eastern ideas into the West. You know, Islam was born in the East. And well, Christianity was too, but it’s become so westernised we don’t think of it as having started in the East. I enjoy the process of trying to introduce readers to customs, morés and concepts they haven’t heard about before.

Nancy N. Roberts is a translator of Arabic literature. She won the Arkansas Arabic Translation Award for her translation of Ghada Samman’s Beirut ’75. She also received a commendation from the judges of the 2008 Banipal Prize for her translation of Salwa Bakr’s The Man from Bashmour. Roberts has also translated works on Islamic history, jurisprudence and Sufism.