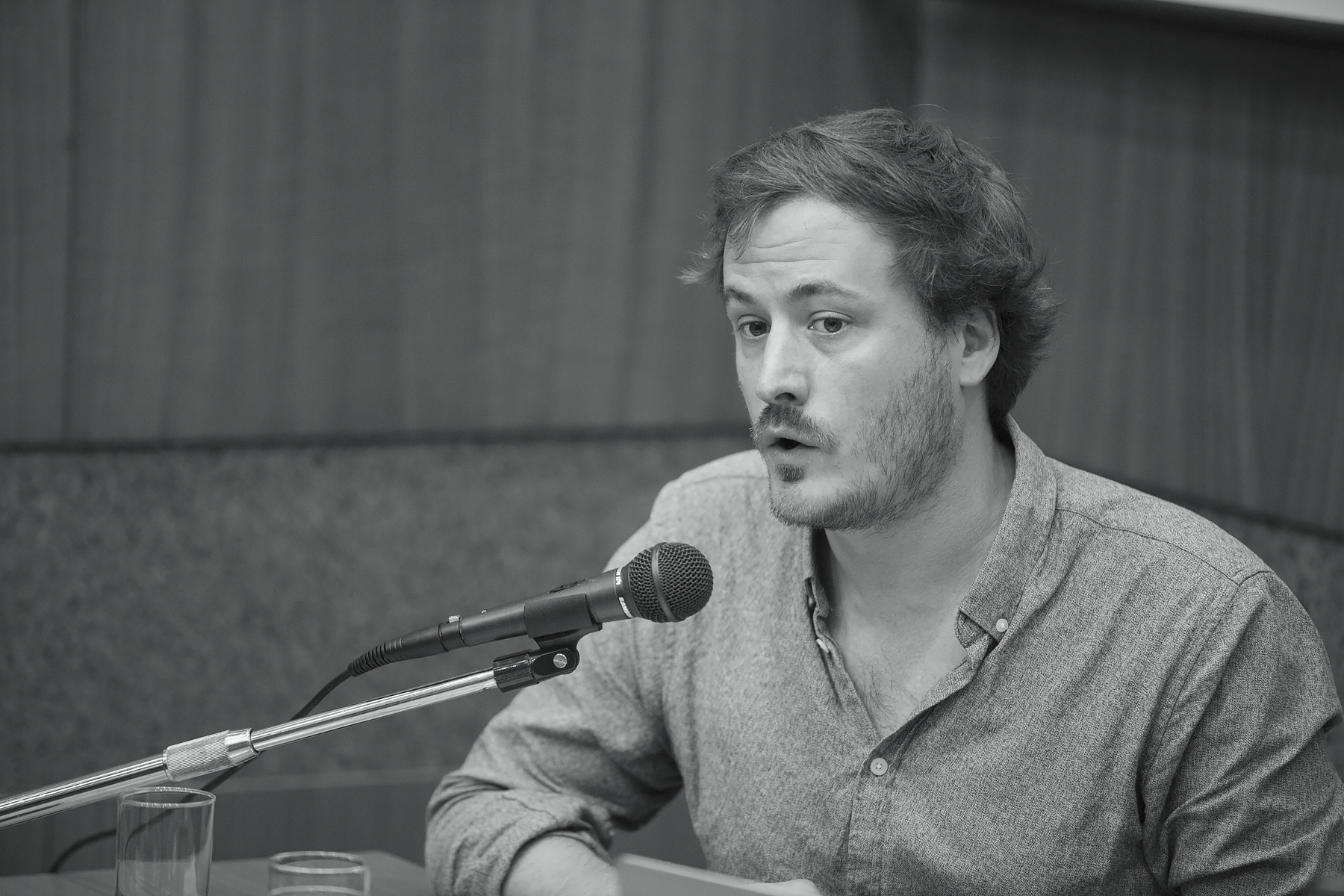 Was publishing something you always wanted to get into?

No. I wanted to be a journalist when I was younger. I ended up in publishing by chance. I was going to do a PhD in History and then became disillusioned with academia from doing a research MA. I worked as a journalist for a bit, but became disillusioned with that too. Around that time I did some internships in publishing and set up a literary magazine called The White Review with my friend Ben, whom I met at university in Dublin. That launched in 2011.

How did you come to set up Fitzcarraldo?[JT1]

I set up Fitzcarraldo Editions at a point when I had been co-running The White Review for three or four years and I couldn’t get a job in mainstream publishing. I’d been applying for jobs as an editor, but I’d never worked as an editor for a publishing house. I was told I was too experienced for editorial assistant jobs, but not experienced enough to be an editor. I ended up borrowing money to launch Fitzcarraldo Editions in 2014, but if someone had given me a job I almost certainly never would have done it.

Do you write as well?

No. I used to write criticism, but I stopped when I started publishing books.

Is that because there’s not enough time to do both?

No, initially it was because I found myself wanting to try and commission authors I had previously reviewed and that’s a conflict of interest. And I have come to believe the role of the publisher is to be in the shadows and to publish the best possible books and do the best by the authors and translators that he or she publishes. That’s my focus, rather than having a writing career of my own. I’m not a writer anyway, so it’s not like there is a conflict there for me. I’m very much an editor and publisher.

When you found Olga Tokarczuk’s Drive Your Plow Over the Bones of the Dead, how did you know it was going to work, given that it was written in Polish?

The translator Jennifer Croft sent me a third of Olga Tokarczuk’s novel Flights in English-language translation, which was the first time I read Olga’s writing. Then I read Drive Your Plow in French  – I was lucky enough to grow up bilingual and the book had already been published in French.

How much of finding a book is down to luck? Is it through building up networks or from being curious and finding things on your own terms?

It’s down to a combination of all those things. British publishing or Anglophone publishing is pretty conservative when it comes to translation. There are lots of really, really great writers who aren’t translated into English. When I started Fitzcarraldo Editions, I was really fortunate to discover that authors like Olga Tokarczuk and Svetlana Alexievich didn’t have UK publishers. So I’d say it’s curiosity and luck as well. It was just the right time to be starting to publish in translation.

How many of you are there in your team?

There are six of us now, but when I started I was working on my own, with a freelance art director (Ray O’Meara) and a freelance publicist (Nicci Praça).

That must have been quite daunting starting out on your own. Were you confident or unsure when you started out?

I didn’t really know what I was doing, so it was kind of learning on the job. But what I did know was how to make a book. I’d been publishing The White Review for a few years. And I’d worked at a small press called Notting Hill Editions for maybe a year or two. I knew how to edit. But I didn’t really know any of the rest of it. I didn’t really know about sales or marketing, or much at all about distribution or publicity or rights. I learned as I went along and I’m still learning now.

What things kind of things have worked for you in terms of getting attention for your books?

Well the design for Fitzcarraldo is very important. We have a very distinctive, minimalist aesthetic. The designer Ray O’Meara came up with that from the beginning. The design’s inspired by continental publishing and is very much a part of the independent publishing ethos. So our books immediately stood out in the bookshops and continue to do so because it’s unusual to have that series look in a British context.

The editorial work goes hand in hand with the design. It was always my intention to publish books that have a very high literary quality and to maintain that across the list, the idea being that, once you’ve read a Fitzcarraldo book you’ll know that it’s something unusual, something that not many or any other publishers might publish, writing that is playing with style or form. The idea was to create a loyalty to the imprint, so readers might decide they can trust us and might buy a book by an author they’ve never heard of because it’s been published by us.

If you publish books of a certain literary quality, then critics and literary editors will eventually pay attention. We do well with review coverage for our books. We also work hard to maintain relationships with booksellers and organising events. Social media is another key tool to make sure people know what’s going on, especially Twitter and Instagram.

What are your plans for the near future?

To keep doing what we’re doing. One really important thing for Fitzcarraldo is that we strive to publish authors rather than books. So that means publishing authors over time. We’re just over seven years in and there are quite few authors for whom we’ve published two, three, sometimes four books. We want to continue to publish these authors. On the translation side, the authors tend to be very established in their countries and are world-class authors. On the English language side, it’s been mostly younger or emerging writers who aren’t as well known in the English-speaking world. The commitment to those writers over time is very important. One of the things I’m excited about is growing the readership for those English-language writers – I’m thinking of people like Kate Briggs, Patrick Langley, Daisy Hildyard, Polly Barton, Katharina Volckmer, Dan Fox and Vanessa Onwuemezi.

Is there a pull towards lesser-known writers for you when dealing with the English language books?

At The White Review, we  published a lot of new emerging writers. It just seemed natural to continue to do that and to continue to publish those authors I’d worked with while co-editing the magazine. The authors we publish in English tend to be – as with the translated authors – those who are pushing the boundaries of the form, doing interesting things with language, style. In many cases they’re authors who might not find a good match at another publishing house.

We strive to be a home for cutting-edge writing whatever language its written in. And so it’s important that we publish English-language authors. Not just British authors – we also publish Irish authors, Americans, Canadians and Australians.