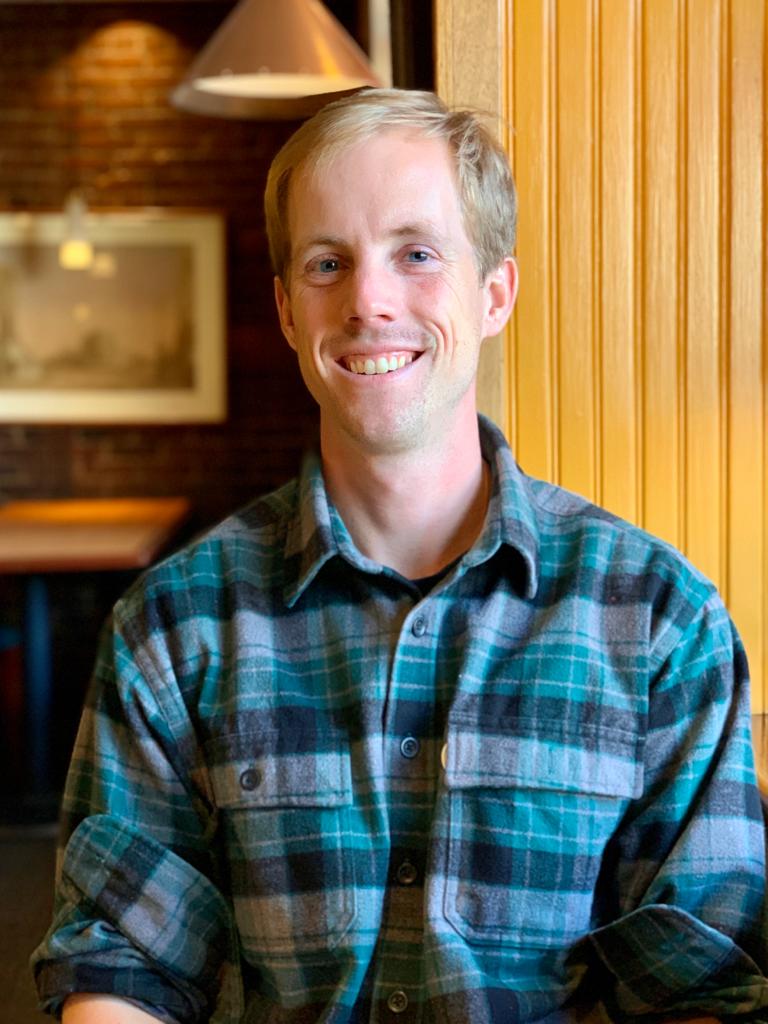 Darf are very excited to be publishing Will Tamplin’s translation of the classic Palestinian novel Cry in a Long Night by Jabra Ibrahim Jabra. Originally published in 1955, it is a critically acclaimed work of fiction and reckoned to be a major turning point in Palestinian literature.

We asked Will a few questions about his work as a translator and his work on this book.

What was your introduction into Arabic?

I was drawn to Arabic because, when I was growing up, the U.S. was in Iraq. Arabic and the Arab world and Islam were always on the news, and I was naturally curious about all of it. When I was 15, I saw another kid in class teaching himself the Arabic alphabet, and I decided to do the same. Then, when I was a senior in high school, I took an introductory course in Arabic.

So, I studied Arabic a little bit in high school. And then when I went to college, studying Arabic was really popular for the same reasons: the war in Iraq and the U.S. in the Middle East and whatnot. I had an inkling that knowing this language might get me a job in the future. And I was really interested in literature. So, I combined the two and hoped for the best, and full speed ahead.

So you studied Arabic language at university?

I did. I also studied Comparative Literature, and I focused on Arabic and Spanish. I studied Medieval Arabic literature back then, and for my PhD I did more modern stuff.

Have you been out there a fair amount?

Absolutely, I studied abroad in my third year of university in Egypt and Jordan. Then I went back to Egypt to teach English after college. The next year, I got a Fulbright scholarship to Jordan to translate Bedouin poetry. Then I came back to Harvard to study more Arabic literature. So, you could say the last ten years have seen me bouncing around between the Arab world and Boston or Washington, D.C.

Is Jabra a muse for you?

I’ve never thought of him that way, but now that you mention it, maybe he is. Jabra was a big translator himself. He translated like crazy: at least six Shakespeare plays, Waiting for Godot by Samuel Beckett, forty of Shakespeare’s sonnets, to name just a few. And tons of literary criticism. Jabra was a prolific translator.

How did you find out about Jabra?

I was writing a dissertation on modern apocalyptic literature in Arabic. So, as one does, I went to Google Scholar and typed in some search terms and started reading all the articles that appeared. One of them was by an Israeli scholar writing on Palestinian literature written during the British Mandate, so 1917 to 1948. He mentioned this novel by Jabra and called it apocalyptic, so I read the novel, and it was just lovely. Extremely well written and put together in terms of plot and character. So that’s how I came to Cry in a Long Night.

When you translated this, did you have much creative input?

Yes, although the strange thing about this Arabic novel is that it was originally written in English. Jabra studied English literature first at Exeter and then at Cambridge. He was more than fluent in English. He wrote multiple novels in English, as well as poetry and essays. Cry in a Long Night was his first published novel in English or Arabic. So, Jabra originally wrote this novel in English and only then translated it into Arabic. He thought that if he was going to reach the appropriate audience, he’d have to write it in their language.

When I was translating it from Arabic to English, I often wondered whether the original was extant. And if so, how does it differ from my English rendering, or back-translation? Also, where is it physically located? Because Jabra moved around a lot. He was born in what’s now Turkey, grew up in Bethlehem and Jerusalem, studied in England, then moved back to Jerusalem. During 1948 he fled to several Arab countries and settled in Baghdad, where he lived for the rest of his life, for almost fifty years.

I talked to Jabra’s son Sadeer, who told me that the original English text was probably destroyed in an explosion. In 2010 there was a simultaneous suicide bombing on Easter Sunday in Baghdad. It targeted the Egyptian embassy, which was near Jabra’s Baghdad home on Princesses’ Street. When the car bomb destroyed part of the embassy, it also destroyed the street and the houses along the street. The two relatives of Jabra’s then living in that house of his died. His whole library was destroyed—paintings, sculptures, letters, diaries, all was destroyed, including apparently the original manuscript of Cry in a Long Night.

Pictures of Jabra throughout the years

Is that nice for you to translate it and resurface it?

Yes. Any act of translation is resurfacing.

Do you do any writing?

Up until now I’ve done mostly academic work and translations, but I’m working on a short story collection. It’s one of the perks of being between jobs.

Writing is difficult, especially coming up with ideas.

Anyone who’s lived to the age of twenty-five can write for the rest of their lives and not run out of material. I think it was Truman Capote who said that. I get ideas all the time and I guess I’m lucky in that respect. But successfully marketing them is a different skill.

If you’re inclined to write you might not be the best sales person.

That’s the problem, it’s a completely different skill set. You need to be a bit disagreeable and extremely orderly.

There aren’t many Palestinian novels in the UK market. Is that part of what makes Cry in a Long Night exciting? It has a compelling ring to it, the “first modern Palestinian novel”, especially to Western ears.

Yeah, I totally agree. And you know, what’s exciting to me about this novel is that scholars call it the first mature Palestinian novel. There are other candidates for first Palestinian novel, but they’re not very good reads, unfortunately. I don’t want to presuppose a developmental model of literature, where Western literature sets the standard that Arabic literature – and other third-world literatures – has to follow. But Cry in a Long Night really changed the face of Arabic literature, with its stream of consciousness, interior monologue and flashbacks. And these techniques come from Jabra’s experience in England as a college student. In an interview, he said that in the 1940s, when he was writing Cry in a Long Night, he was reading Virginia Woolf, D. H. Lawrence, Aldous Huxley, and James Joyce. So, this may not be your typical, representative, allegorical third-world novel. It’s about an extremely well-educated newspaper editor and novelist who has all these elite, socialite friends. And he’s a cuckold. His wife left him two years earlier, and he’s depressed. It’s kind of like an English social novel of the 1940s or fifties—maybe Angus Wilson or even Simone de Beauvoir—more so than it is an Arabic novel of the same period.

William Tamplin is a freelance Arabic-English translator based in Charlottesville, Virginia. He received a PhD in Comparative Literature from Harvard University in 2020, where he wrote a dissertation on apocalyptic Arabic novels. In 2018 he published Poet of Jordan: The Political Poetry of Muhammad Fanatil al-Hajaya, the culmination of his research in Jordan as a Fulbright scholar. He is from Louisville, Kentucky and attended Georgetown University.