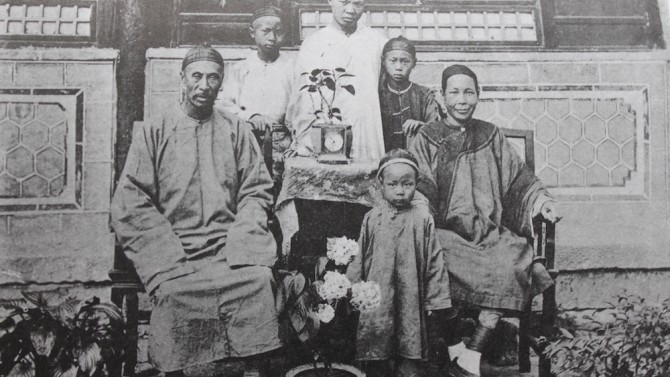 Islam in China – an Evangelical’s Perspective

AROUND 150 years ago, an influx of Protestant missionaries reached far eastern shores after Hudson Taylor established the China Inland Mission (now OMF International), whose aim was “to glorify God through the urgent evangelisation of East Asia’s peoples.” Today, the vast majority of China’s billion plus population remain committed to traditional religions such as Taoism and Confucianism, but traces of monotheistic faiths are evident in almost every province. CIM member Benjamin Broomhall (1829-1911) fronted the group’s anti-opium trade movement in the late 1800’s. His son Marshall Broomhall (1866-1937) was inherently devoted to evangelicalism in China where he studied, researched and published a number of titles on the subject, including Islam in China (1910).

In the early chapters of the book, Broomhall provides a concise history of Islam in China claiming to be the only Anglophone author to do so at that time. Prior to the publication, the World Missionary Congress in Edinburgh commissioned him as a researcher in this particular area, hoping to spread Evangelicalism far and wide. The CIM were sympathetic towards Chinese Muslims, as they appeared to be marginalised in a society dominated by ancient traditions. They prayed to one God and acknowledged Jesus as a prophet. Broomhall’s study claimed that Chinese Muslims would easily be converted compared to the majority of the population. The study is urging the CIM to move whilst he appeared “to be standing at what may be called a low ebb in the Moslem position in China.’

Now known as Guangzhou, the city of Canton is home to China’s ‘Mosque of Holy Remembrance.’ This was supposedly built in the 7th century by the Prophet Mohammed’s uncle, Saad ibn Abi Waqqas. However, there is little but a myth to suggest he ever set foot in China in terms of documentation; however, historians are confident that Islam did arrive in East Asia 1400 years ago, shortly after its establishment in the Middle East.

Broomhall is humble in his failures to provide an accurate historical account of how Islam arrived in China. Perhaps the book’s most admirable feat is its ethnology on Chinese interpretations of Islam. In Middle Eastern nations, religious figures and teachers have an air of authority, whereas in China, embedded traditional practices make this difficult to mimic. When speaking to the Protestant missionary, one Chinese Mullah said, “You have authority and can control your people, but we have none and can do nothing.” Without Sharia Law the Chinese Muslims find loopholes in the religion, which Broomhall interprets as a lack of commitment to the Quran:

“Speaking of the Chinese Mohammedans as a body, they understand little of their religion beyond the outstanding duties of abstinence from pork and idol worship. On this subject no sweeping generalisations are, however, possible. Some will take part in idolatrous practices and subscribe to idol temples, and are satisfied to compromise with calling pork “mutton,” and then partake. This laxity is popularly known, and has given rise to one or two popular gibes such as “One Moslem travelling will grow fat, two on a journey will grow thin,” the inference being the one will eat pork, being unobserved, while the two dare not. Another proverb says, “Ten Mohammedans, nine thieves.”

Broomhall successfully draws parallels between Christianity and Islam and uses their similarities to justify the evangelisation movement in China. In 1900, the Boxer Rebellion targeted missionaries because of their newfound freedom. After the Second Opium War (1856-60), they were able to buy land and build Christian settlements around the country. Anti-Imperialists killed 79 members of

CIM during the Boxer Rebellion, as their teachings were seen as invasive of Chinese tradition. This did not cause a retraction by the Christians, who continued to search for potential converts across the country’s vastness. Broomhall notes incidents such as the desecration of a mosque on a Szechwan Tibetan border, where Tibetans sacrificed pigs on the premises and destroyed the building during a 19th century rebellion. He also discusses the sectarian differences between “The Old Sect” and “The New Sect” who:

“…are fairly bitter the one against the other. How far these correspond with the Shiahs and Sunnites, or whether they are subdivisions of one of these sects, the writer has not yet been able to ascertain.”

Broomhall believes Chinese Muslims are “friendly and not suspicious, accessible and not resentful, willing to listen to what we have to say and to read the books we have to offer.” Although he clearly sees the CIM as a saviour to these people, the evangelisation of Muslims in China can also be interpreted as an ideological invasion of a content religious minority. Nonetheless, Broomhall’s extensive study premised further research into the world’s fasting growing religion in the most populous nation on the planet.