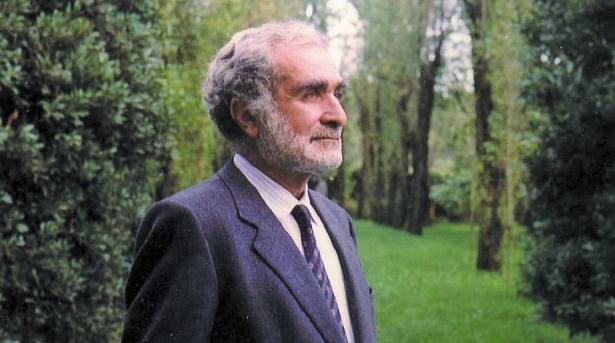 Alessandro Spina was born in Benghazi to Maronite parents from Aleppo, Syria. his father arrived in North Africa at the age of 17 to further his textile trade shortly after Italy and the Ottoman Empire signed the Treaty of Ouchy, in which Italy annexed Libya from the Ottoman Empire. When World War II broke out in 1939, his father sent him to Italy where he settled in Milan with his mother.

After the war, Libya became independent and was officially under the guidance of King Idris. Alessandro returned to Benghazi to work in his father’s textile factory, where he began to write periodic fiction in the little free time he had. In 1962, his novel based on his days in Milan named Tempo e Corruzione (Time and Decay) was published. The three works that followed would later make up the first volume of his Libyan chronicles, The Confines of the Shadow: The Young Maronite (1964), Omar’s Wedding (1970) and The Nocturnal Visitor (1972).

Under Gaddafi rule, Alessandro’s work placed him in danger of imprisonment, as many likeminded figures were oppressed by the regime’s iron fist. He left Libya for Paris in 1980 and later retired in northern Italy’s Padergnone.

It was only in 1993 when editor Ilario Bertoletti expressed enthusiasm for the publishing of Spina’s history of Libya as a chronology. ‘The Confines of the Shadow’ reached Italian audiences in 2006, earning him the prestigious Premio Bagutta award the following year.

Alessandro Spina passed away in July 2013, aged 85. His legacy lives on, and The Confines of the Shadow will be available in English on June 1st 2015.