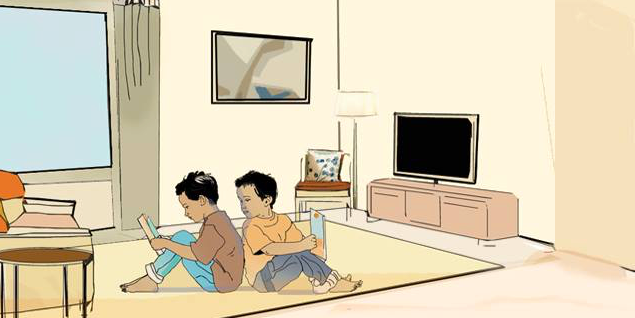 Outside the Periphery – The Importance of Reading World Literature

CONTEMPORARY world literature continues to reach Anglophone audiences, allowing our bookshelves to bulge with cultural prosperity. We are offered an insight to cultures that we may never have encountered otherwise. Whether it is through the fictional works of Haruki Murakami or Karl Ove Knausgård’s extensive autobiography, we are provided with an alternative awareness of the world around us.

A recent study conducted by Professor Kathy G. Short looks at the advantages of studying world literature in the classroom. The study claimed that: ‘Through literature, children can have the opportunity to go beyond a tourist perspective of gaining surface-level information about another culture.’ World literature has the power to open an umbrella over a number of subjects including geography, history, religious studies and languages. This does not quash the teaching of canonical works in schools, or suggest Scandinavian folklore and North African novels should replace E.B. White and Shakespeare; rather, it highlights the importance of a diverse bookshelf to better our understanding of other cultures.

Many areas of the UK are deprived of cultural diversity. By introducing elements of world literature into the national curriculum, students may become inspired to further engage with other cultures, and perhaps more importantly be able to critically assess their own. Whilst many nations are riddled

with conflict, translated literary works from places like the Middle East, Africa and South America can help students form a more objective view of domestic and international affairs.

The UK is considered to be a multicultural nation based on London’s diversity. Outside of the big cities, smaller towns and villages are much less so. A ten year old Londoner may hold a very different idea on what it means to be British compared to a ten year old child from a small ex-mill town. Intercultural communication is not as accessible for all Brits alike, hence the incorporation of world literature into schools and homes can help draw bridges between cultures that may first appear abstract to one another.

Schools tend to teach us about historical aspects of foreign culture, sometimes including traditional folklore and art. But what about contemporary fiction from these nations and beyond? In one part of Short’s study, she introduces a class to South Korean culture through reading When My Name Was Keoko (Linda Sue Park, 2002) alongside nonfiction and informative works. She makes a valid point about how contemporary translated works not only ‘provide a window on a culture, but they can also encourage insights into students’ cultural identities. Students come to deeper understandings about their own cultures and perspectives when they encounter alternative possibilities for thinking about the world.’

Perhaps more fundamentally, we are reading less for pleasure, as limitless distractions exist at our fingertips. However, inside the classroom all children should be given the opportunity to see outside of their own culture and into another. By using an array of texts in the study, Short discovered that the integration of world literature raised their awareness of human rights issues such as poverty, child labour, and gender inequity.

My own experience in a Lancashire high school did anything but rattle an interest for intercultural learning, or literature for that matter. Luckily my parents relayed their passion for diverse reading onto me. Not all students are as fortunate, with many kissing literature goodbye after the final page of To Kill A Mockingbird at 16 years old. If the national curriculum focused on intercultural understanding through literature, students may be opened up to a world of inspiration and possibilities. Fiction is a spectacle we use to interpret meaning of reality, and by incorporating world literature into our lives we are introduced to a world outside of our periphery.