Louis Nawa left the hospital, still wearing his inpatient’s gown, which covered only the top half of his body, leaving the bottom half naked but for a thick coat of body hair, a few mosquito bites and a wealth of lesions left by Ebola, which were now beginning to heal over.

The streets were dusty, baking in the midday August sun… Ebola’s tragic victims were evident all around. With no one left to carry them, they crawled alone to the main square in the hope of finding help. Louis, meanwhile, was completely oblivious to his bare feet, already blistering as they pounded the baking road. Any feeling including that of a guilty conscience – had been entirely deadened by the bottle of wine he had guzzled.

By acclaimed Sudanese author Amir Tag Elsir, Ebola ‘76 follows the story of Louis, a simple blue-collar worker who unwittingly transports a deadly disease back to his home country, with disastrous consequences for his family, friends and colleagues alike. In a series of bizarre and comical human encounters, the disease takes a firm hold of the city of Anzara. Blind guitar players, comely barbers, tyrannical factory owners and spurned wives all soon find themselves desperately fighting for their lives in the “Time of Ebola”.

Among the novel’s most unusual characters is Ebola itself, a strikingly dark and sinister presence that haunts the pages of this fast-paced, tragicomic satire. Cackling with glee, hovering in drops of spittle, and gliding slyly from body to body, Ebola represents one of the most evil and unpredictable of villains.

Born in the north of Sudan in 1960, author Amir Tag Elsir divides his time between his prolific literary career and his busy physician’s clinic. He has published ten novels, two biographies and several collections of poetry, and was short-listed for the
2011 Arab Booker Prize for his novel Hunter of the Chrysalises and long-listed in 2014 for 366. His works have been translated into numerous different languages, including English, French and Italian. 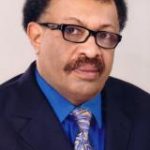 Amir Tag Elsir is a Sudanese writer, born in Sudan in 1960, who now works as a doctor in Qatar. At an early age he wrote poetry and in the 1980s began to write novels. He has published 24 books, comprising novels, biographies and poetry, including the novels The Dowry of Cries, The Copt’s Worries and The French Perfume (all 2009) […]

Published by Darf in April 2015