“Samman’s perceptive and creative works seem to function as literary wake-up calls for those willing to listen.” Al-Jadid

“Coming from the same generation as the author, and also powerfully influenced and affected by the worldwide social changes of the ‘60s, I welcome this novel as a heartfelt salutation to women who struggled to change society’s traditional views of women’s so-called “place” in the world, as well as a reminder to others to keep on doing that.”  Margaret Obank – Banipal Magazine

“The struggle to be an independent woman living a fulfilled life in a world that doesn’t really care what happens to her is rendered with sharp-eyed clarity and unnerving charm in this novel by leading Syrian author Ghada Samman.”  BookBlast

Ghada Samman’s most recent novel, Farewell, Damascus is set in early 1960’s Damascus – a city that now languishes in the grip of corruption and political oppression following the Baathist takeover in Syria.

The book opens as Zain Khayyal, a university student and aspiring young writer, plots an early-morning escape from her house as her husband slumbers. Her mission: to get an illicit abortion, plans for which she’s divulged to no one, and to announce that she wants out of her stifling marriage. A rebel and a trail-blazer par excellence, Zain draws down the wrath of polite society and the authorities, political and religious alike, as she challenges attitudes and practices that demean rather than dignify, and a ruling regime that sucks the life out of both oppressed and oppressor. As the plot unfolds, Zain finds her way as a student to a neighbouring country which, though it grants her the freedom, respect and appreciation she had lacked in her homeland, becomes a place of anguished exile.

Armed with her accustomed humour, pathos and knack for suspense, Samman fearlessly tackles issues that roil societies across the globe to this day: the stigma that attaches to the divorced woman but not the divorced man; whether to choose a life partner for love, or for social status, prestige and material security; whether abortion is a crime or a means of forestalling needless undeserved suffering; lesbian intimacy as a declaration of freedom from male abuse and tyranny; rape as an instrument of humiliation and subjugation and unconditional acceptance as healing balm. Farewell, Damascus is both a paean to a beloved homeland and an ode to human dignity. 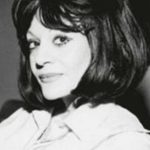 Ghada Samman is a Syrian novelist and poet born in 1942 in Beirut, Lebanon. She worked as journalist, broadcaster and translator; began writing fiction in the early 1960s. In order to prevent censorship, she established Ghada al-Samman Publications to publish her own works including short-story collection Your Eyes Are My Destiny (1962). She later moved […]

Published by Darf in October 2017

Translated from Arabic by Nanacy Roberts