×
View basket “Islam in China” has been added to your basket.

Mahomet and His Successors Vol. I

Washington Irving was the first American man of letters to receive international recognition. He in fact spent almost a third of his life in Europe, including several years in Spain attached to the American Legation. He travelled about that country from 1826-9, working in the libraries of Madrid and Seville, and for a time living in the Alhambra. From these studies Irving compiles a vast store of information concerning the dominance of the Moors in Spain, and also prepared extensive notes dealing with the foundation of the Islamic faith.

Twenty years passed before Irving was able to collate all his writings into a single body of work. The resultant Mahomet and His Successors, published in two volumes in 1849-50, was well received in both America and Europe, providing as it did an excellent introductory study of the life of the Prophet and the founding of Islam.

The work remains of interest to the general reader and will now also attract the student of Islamic historical literature for whom this republished work, in facsimile of the 1868 edition, will be especially welcome. 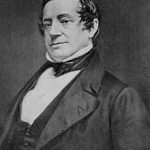 Washington Irving (April 3, 1783 – November 28, 1859) was an American short story writer, essayist, biographer, historian, and diplomat of the early 19th century. He is best known for his short stories “Rip Van Winkle” (1819) and “The Legend of Sleepy Hollow” (1820), both of which appear in his collection, The Sketch Book of […]