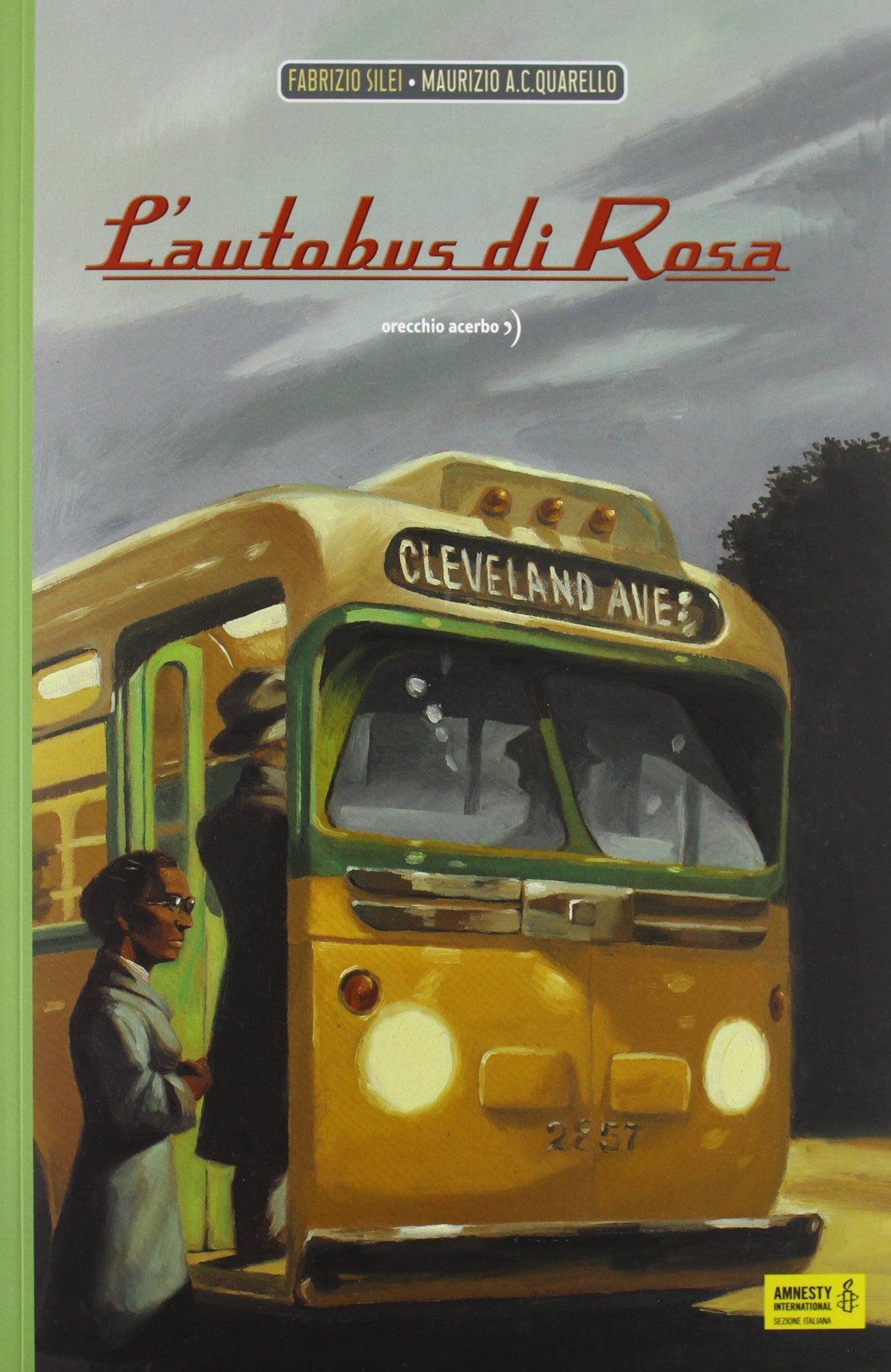 London based Darf Publishers has acquired world English rights to translate and publish the Italian children’s book Rosa’s Bus (L’autobus di Rosa) written by Fabrizio Silei with illustrations by Maurizio A. C. Quarello and published in 2011 by Rome based publisher Orecchio Acerbo Editore in collaboration with Amnesty International.

Set in the present day, a grandfather accompanies his grandson to the Henry Ford museum in Michigan where the bus on which Rosa Parks, the civil rights activist, travelled on December 1, 1955 in Montgomery, Alabama, when she was ordered by the bus driver to get up to make room for a white passenger and sit in the back of the bus in the section designated for non-whites.

Through Rosa Park s powerful story of taking a stand refusing to give up her seat on the bus the grandfather is able share his own story of making a difference with his grandson.

The book has been translated in several languages among them French, German, Spanish, Greek, Portuguese, Swedish, Norwegian and Korean and has won several awards in accolades in different languages.

Fabrizio Silei was born in Florence in 1967, author of essays, novels and short stories for children and young adults. In 2014 he was awarded the Andersen “Writer of the Year” award.

Maurizio A. C. Quarello was born in 1974 in Turin, where he studied graphics, architecture and illustration. He has illustrated many children’s books, and won many prizes and awards for his work.