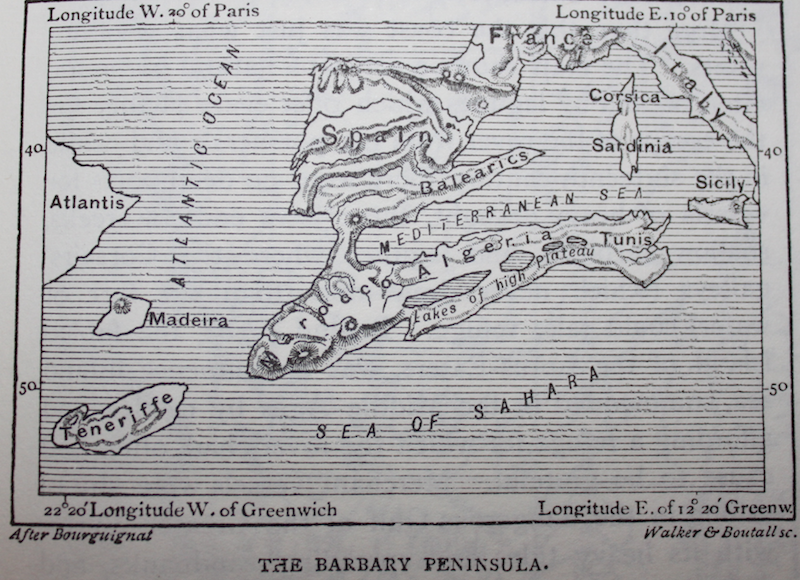 The Barbary Corsairs – Domineers of the Mediterranean

BETWEEN THE 16th and the 19th centuries, pirates and privateers dominated the waves of the western Mediterranean. The coasts of Tunis, Tripoli and Algiers witnessed horrific battles resulting in thousands of deaths. At times, hundreds of vessels simultaneously roamed the region, and they all strived for what existed beyond the shore. Fertile land would grow fruits, vines, olives, almonds, apricots and figs. First published in 1890, Stanley Lane-Poole’s The Barbary Corsairs explores the dominance that pirates held over the Barbary Coast. The Corsairs were able to disrupt European trade and dictate the sea with their superior naval efficiency.

Uqba ibn Okba’s (622-683) invasion of North Africa resulted in the first Arab settlement in the region. Many dynasties had passed over the land since the arrival of the Arabs, and apart from the transitional phase between rulers, relative civility was the law of the land. This was particularly the case under Berber rule as they were not naturally disposed to intolerance or unneighbourliness.

When the Ottoman Empire first headed west to Barbary, their inadequate navy were limited to the coast, afraid of severe weather getting the better of them. They were also susceptible to attacks by more experienced fleets, and the nations lining the coast. However, their deficiency at sea was short lived, and Tunis and Algiers were soon part of the Ottoman Empire.

Lane-Poole’s narrative smoothly links the many turbulent transitions that took place whilst the Corsairs were at sea. Immense battles often marked the beginning of a new era. Take the events of 19th October 1541. “Over five hundred sail, manned by twelve thousand men, and carrying a land force of twenty-four thousand soldiers, entered the roads of Algiers” by the Spanish, German, Italian and Maltese. They had every intention of overrunning the Berbers and Arabs who lined the coastlines, and were inevitably pushed back. Only 150 Maltese Knights were present, but they shared no fear of death in the face of battle. Their presence in battle would rattle fear in the opposition for decades after. Lane-Poole concludes his dedicated chapter with admiration for the elite cadre: “The Knights of Malta live for ever among the heroes of all time”.

What the Corsairs lacked in technology, they made up for in manpower. Christian slaves had to row for hours on end, and sleep in confinement. Sometimes seven men shared a space as small as 4ft x 10ft, and were fed minimal portions as “oars move slackly on a full stomach.” The author explains that a large galley can have four to six men on each oar, with each vessel sporting around fifty-four oars. In the following passage, Lane-Poole quotes 18th century historian Joseph Morgan:

“Those who have not seen a galley at sea, especially in chasing or being chased, cannot well conceive the shock such a spectacle must give to a heart capable of the least tincture of commiseration. To behold ranks and files of half-naked, half starved, half tanned meager wretches, chained to a plank, from whence they remove not for months together (commonly half a year), urged on, even beyond human strength, with cruel and repeated blows on their bare flesh, to an incessant continuation of the most violent of all exercises; and this for whole days and nights successively, which often happens in a furious chase, when one party, like vultures, is hurried on almost as eagerly after their prey, as is the weaker party hurried away in hopes of preserving life and liberty.”

Lane-Poole illuminates an eventful part of history through intricate research, and illustrates this work with a number of maps and sketches. Although the Corsairs committed atrocities over time, they are not vilified for their actions, only documented. The book adamantly points to the relative calm of the nations in the absence of war. Today, the bodies of African migrants lay on the Mediterranean seabed, whilst religion and power fuel wars on the African coast and beyond. The world is as barbarous as ever.

Stanley Lane-Poole (1854-1931), archaeologist and historian, was for many years keeper of the coin collections at the British Museum, where he compiled a fourteen-volume catalogue. In 1883 he conducted an archaeological expedition to Egypt. A prolific writer, he produced classic pieces on Turkey, Spain, the Barbary Corsairs, medieval Egypt, India, and a biography of Saladin.