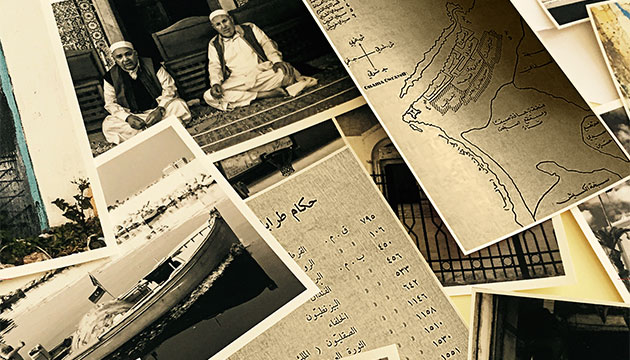 Noon Arts are proud to announce their upcoming exhibition ‘The Melting Pots’ that will take place at the Arab British Centre (ABC), London from 14-23 July, 2015. This will showcase a mix of artwork that considers the open concept of a city in relation to both Tripoli and Benghazi, Libya. It will present the subjective interpretations of each artist as he or she depicts a deep relationship with either one of these two ancient metropolises.

With colorful paintings, intelligent photography and questioning installation art, every piece is a form of creative contemplation upon the history, the present and the future of these sister capitals as well as the realization that neither one can be easily defined. Both have gone through difficult phases and both have proved to be equally defiant, strong, resilient, embracing, deceitful, chaotic, glorious, alluring, haggard, tired, old and frail. And much more than that…

With a rich history that spans thousands of years has seen these siblings being conquered, destroyed and needing to be rebuilt several times. From the ancient Phoenicians and the Carthaginian to the Berber, the Byzantines, the Romans, the Arabs, the Spaniards, the Greeks, the Turks, the Knights of Malta and modern Italy, all of these have influenced their character, their landscape and architecture. They have also seen each of these layers of diverse humanity inscribe their messages on their walls and leaving their marks.

Tripoli and Benghazi have admittedly been through hard times and have even been set in fierce competition against each other at various intersections in history. However each has been called upon to merge its old aspects with the new and go through phases of sanity and stages of madness too. Thus, the concept of the city will show that there have been glimpses of the pretty as well as the ugly, the uniting aspects as well as alienating ones and the joyful which has been mixed with sadness too.

Despite all the odds both of these cities are still standing today and have become major works in progress that prove to be precious to the artists involved in this exhibition. Finally taking into account the recent witnessing of the oppression that lasted 42 years, these two dear Libyan melting pots – one that graces the West and the other that graces the East – will continue to simmer for many more years and decades to come.

Statement from Najlaa El-Ageli, Co-Founder of Noon-Arts: “We are delighted to be exhibiting ‘The Melting Pots’ in London; and, what truly makes it special is that we are showing at the Arab British Centre where we had our very first exhibition then titled ‘The Libyan’ four years ago.

“We are aware that this new exhibition comes at a time when there is so much strife and uncertainty about Libya’s future with war and chaos taking centre stage; but, what we want is to show that our Libyan artists are still present and that their work has to be seen and their voices have to be heard.

“Each artist will be reflecting on his or her special relationship with either one of Libyan’s two main cities, Tripoli and Benghazi, and showing the diversity of their interpretations. I am certain that the works will serve as evidence of the human story that is unfolding; and, although the end is unknown, the artwork will be a stamp and archive for future generations.”

Public viewing will be available between 11am-5pm.