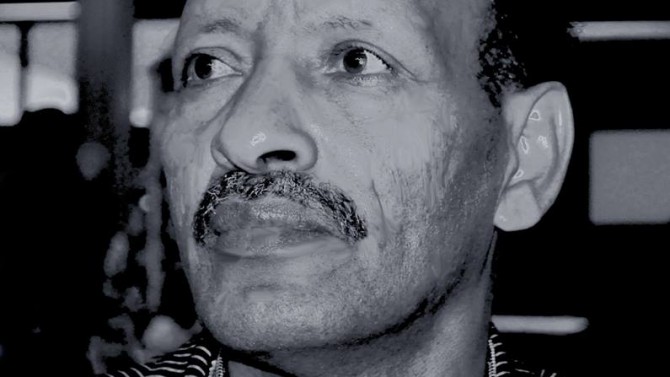 The Tragedy of Migration in Literature

For the last couple of years, headlines have been preoccupied with one particular problem. This problem is pulling Europe apart, and is at the core of political campaigns from across the spectrum. Due to mass deaths off Mediterranean shores, the migrant crisis has now carved itself a permanent spot on the front pages. Unsure of whether it can get any worse, or showing any signs of alleviation without real governmental solutions, journalists and NGOs have flocked to refugee camps to observe and attempt to understand their inhabitants.

African Titanics allows us a brief insight into the minds of migrants abandoning Africa for Europe. Abu Bakr Khaal addresses not only the psychological impact illegal migration wreaks upon his characters, but also tells us of the perilous journeys and mammoth risks they take to reach ‘land’s end’. As unexperienced travellers guilelessly take on the unforgiving Sahara, some are left behind to decompose in the baking sun, relenting to death as their companions fail to keep them alive with the few drops of urine they have to spare.

Influenced by genuine tales of migration at the frontline, African Titanics uncovers elements of the crisis neglected by the media. The eclectic origins of the characters forced together out of necessity demonstrate the severity and undiscriminating nature of this phenomenon sucking the youth out of Africa.

We interviewed Abu Bakr Khaal to discuss his book, his thoughts on the current crisis, and how his own story and experiences influenced African Titanics.

What compelled you to write African Titanics? Was it a reaction to the media’s representation of refugees or a desire to tell your own tale? To what extent is it an accurate reflection of your own life and journey?

It is difficult to talk about specific motives that made me write this novel, however, I will answer a question which has haunted me for a long time throughout much of the migration phenomenon: when and how can we stop the human flood leaving the (African) continent? The question here goes beyond the abstract to a substantial issue which was addressed by the novel. In principle I am not against immigration. We know that since ancient times immigration was one of the most prominent and important human activities, making it difficult to think of a place in the world that was not tread upon by the feet of immigrants. Driven by this trend specifically, humans managed to colonise the entire planet. What is happening now is a different process – lands are being emptied, causing an inequality of life and substantial human tragedies.

I must point out that the novel was originally written between 2001 and 2007, and was published in the summer of 2007 in the Libyan newspaper Oya in Tripoli where I lived at the time. The novel focused on migration movements during its initial stages. This was before it reached its current state – so the novel didn’t enjoy as much media coverage as it does nowadays.

My intentions were far from providing a reaction to what the media was showing, because they didn’t care initially. The bodies of migrants were being washed up on Libyan and Italian shores, and international humanitarian organisations began work to alleviate this unfolding tragedy. I have followed events from the very beginning, during the mid-nineties, and I was constantly troubled by it. I was terrified and saddened by the lives that were lost in the African deserts before they reached the sea. Living in Libya allowed me to gather information and many secrets which helped me to write the novel. Some of these stories formed the “raw” material of my work. I listened to testimonies, and some were so tough and tragic that I was unable to listen to the end of their story.

I found myself in the midst of the chaos – sharing accommodation, food, and all the concerns and anxieties that can afflict a migrant, such as the fear and anxiety of not reaching the other shore. Drowning. Death. And of course there was the fear of imprisonment. If you fell into the hands of Italian or Maltese police, they would often return them to Libya, who would then send them back to their countries, which meant the loss of savings spent on the journey and the possibility of incarceration.

African Titanics was asking the fundamental question – when will this migration torrent stop?

To answer whether the novel was a reflection of my own life’s journey towards immigration and asylum, I say yes. There are scattered snippets I deliberately added into the mouths of the characters or the general structure of the narrative to enrich the work whenever I deemed it necessary. However, it is certainly not a reflection of my life or immigration story, a story yet to be penned.

You briefly addressed the feeling of disappointment that some migrants discover upon reaching Europe, but also that its allure still pulls so many people out of Africa. How often have you seen individuals return home dissatisfied from Europe, realising that the grass is not always greener on the other side?

Who is the question targeted at? Is it he who is fleeing from war zones, ethnic cleansing, dictatorships in some parts of Africa, or the sectarian wars that are sweeping across Middle Eastern countries? Or is it the economic migrant leaving due to the failure of particular countries to implement developmental projects?

The person who is fleeing for the sake of safety and security is never interested in the shape of the grass or even the shape of bread, it is only to be safe. The terrors he has witnessed only allow him to think of a new life and to try to live away from the nightmares of artillery guns, machetes, militia rape groups, and warlords.

You avoided exploring why your to migrate to Europe. Although the protagonist stated that he wished not to speak for others, why did you choose to abstain from telling their stories?

Frankly, I was apprehensive that the novel was to become a series of documentary images. As for including the issues behind migration, I chose to leave such matters in the background as a superficial presence versus highlighting the nature of the characters, their backgrounds and cultural heritage as I did with the main character, Malouk, the young artist who personifies the cultural and spiritual heritage of Africa. Kaji was another rich character who was able to cure his nephew of the migration sickness through songs that he used to prevent him leaving the country. I was trying to say that it is not only the physicality of the African man that leaves, it is also his memory, the legends, and the songs. In a tragic sense, migration equates to loss.

The torrent of young people leaving their countries is a lost energy that will not be compensated. My country, Eritrea, is becoming a state without young people, and the main reason for this loss is its policies. If they don’t seek to remedy the situation through urgent political reforms, then the trajectory of Eritrea will be very tragic.

Going back to the question, I have not at all neglected the force that led to the migration of the characters. Malouk leaves Liberia because of the civil war that ruined him through the loss of his lover – he blames the greedy companies and politicians. As the earth brought forth a handful of gems from its innards, the blood of innocent people flowed. Assagedom, the Eritrean who dies of thirst during the desert journey on the way to the Mediterranean, leaves his country because of the war he was involved in at the border between Ethiopia and Eritrea. The existential dimension goes beyond the politics of the book.

Despite the constant stream of tragic stories coming from the coasts of Africa, the positive side is that some refugees do make it through and are able to build a successful life in Europe. African Titanics serves as a record to this particularly turbulent period in migration history. What would your message be to your readers and how do you hope they see your book?

My message to readers is that there is an unprecedented humanitarian catastrophe taking place. If wars expand, then the tragedy will continue to grow and it will be far too late for any solutions to stop the deterioration. This is the issue we should focus on.

American critic M. Lynx Qualey wrote: ‘African Titanics: a book to humanize the reader’. In this regard, I hope people relate to the experience and enjoy the poetry within.

Interview by Noora Ismail, editor of Thaqafa Magazine. Translated from the Arabic by Libyan author and Darf editor Ghazi Gheblawi.