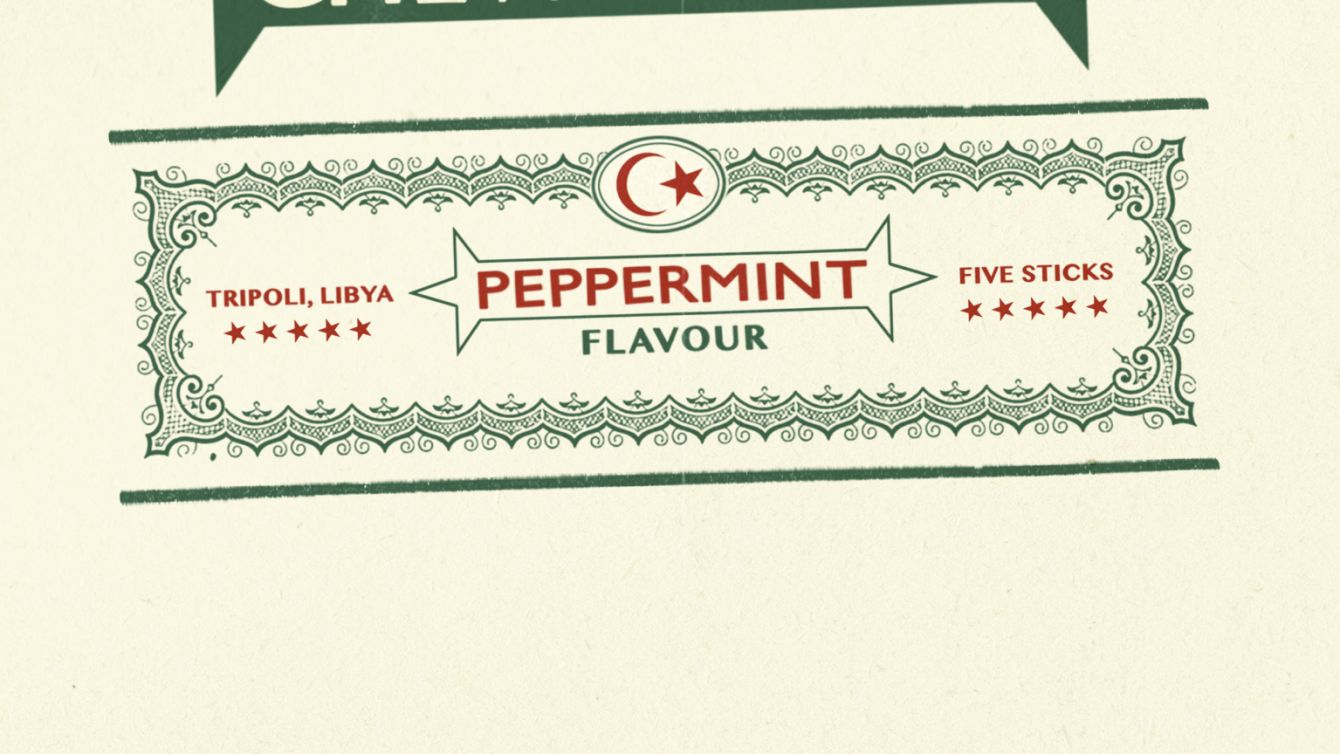 Libya is not drowning in a cocaine habit, but you would be excused for confusing its chewing gum addiction with one far more sinister. Inspired by the spike in chewing gum imports from Turkey during the 1980s, Mansour Bushnaf creates a strikingly unique narrative of Libyan life.

Controlled by the extent of her chewing gum addiction, the heroine tears herself from her family, education, and the love of her life whom she leaves staring after her in the central park. Unable to accept his fate, Mukhtar roots himself to the place he was abandoned, awaiting her return. The hero remains for years in the same spot, moulding himself into a permanent fixture not dissimilar from the park’s statue crafted by an Italian soldier which turns its admirers into madmen. To fulfil her dreams of becoming a successful chewing gum importer, the heroine sells herself throughout the story to raise capital. Every character is the archetypal failure in the most conventional understanding of the word. Even the most outwardly successful have alarmingly uncouth faults, the pious and the rich are just as confused as the ordinary citizen.

Chewing Gum contains very little dialogue between characters, but the story remains engaging.We are able to understand each individual through their thoughts and the reactions of others. Fluidly written and infused with a uniquely Libyan sense of humour, this compact tale of 125 pages will not leave you disappointed, but pondering the next chapter. No character resembles the next in this tale full of wit, blood, jealousy and questionable relationships. Whilst no direct mention is made of Libya’s dictators, occupiers, or political turmoil, their social impact is inescapable in Chewing Gum. The imposition of Italian art in Libyan spaces, the insertion of foreign substances into the mouths of civilians to gag their protest, and their corrupt leaders prevent Libyans escaping their political reality unless they engage in the constant chase of mindless substances.

In 2008, Chewing Gum was banned in Libya. Mansour Bushnaf was imprisoned for 12 years alongside other Libyan writers in the 1970s after writing the play When Rats Govern. In an interview with the BBC, Bushnaf claims that ‘the Libyan government is killing books’, and has further encouraged a culture reluctant to reading. He believes that the Gaddafi regime contributed to a ‘fear of books’ as citizens wished not to be politically categorised by what they chose to read. Chewing Gum is a fantastic fictional representation of Libyan culture and a testament to literature in a nation ruled by censorship.