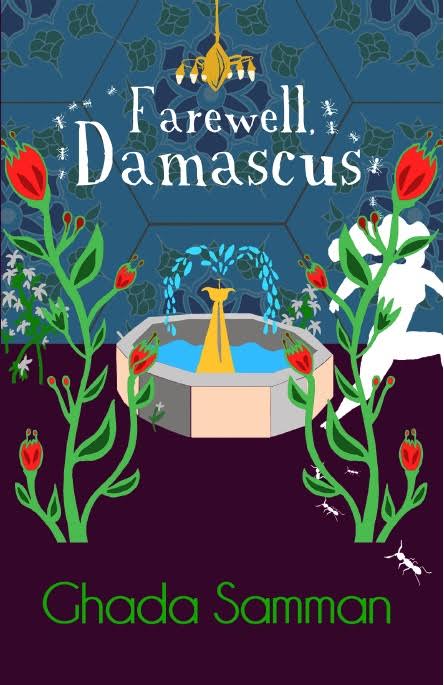 #WITmonth: 6 Darf Books written by women and translated by women from around the world

For Women in Translation month we’ve put together a list of 6 books written by women and translated by women from around the world…take your pick!

1. The Apartment in Bab El-Louk (Egypt)

This heartfelt Egyptian novel tells the story of an old recluse in downtown Cairo. Equal parts comic strip, noir-poem and satirical commentary, The Apartment in Bab El-Louk earned Donia Maher international renown as well as the Kahil Award 2015 for the Graphic Novel Prize.

Donia Maher has also dipped her toes in theatre and film. Her breakthrough acting role came in 2012 with Coming Forth by Day which won several international film awards.

This superb Syrian novel follows Zain Khayyal, a university student and aspiring young writer who is forced to seek out an illicit abortion. A rebel and a trail-blazer, Zain has to confront the wrath of the national authorities. She finds her way to a neighbouring country where she is granted freedom, but the anguish of exile torments her. Torn between a yearning for her homeland and this newfound freedom in a foreign land, Zain’s story is a troubling look at the plight of refugees the world over.

Ghada Samman is a Syrian novelist and poet born in 1942 in Beirut, Lebanon. She worked as journalist, broadcaster and translator, then began writing fiction in the early 1960s. In order to prevent censorship, she established Ghada al-Samman Publications to publish her own works including the short-story collection Your Eyes Are My Destiny (1962). She later moved to Paris after events in Beirut, wrote over 25 volumes of stories, poetry, essays, drama and novels, including Beirut 1975 (1975), Beirut Nightmares (1976), The Incomplete Works of Ghada al-Samman (1978), Love in the Veins (1980), and The Square Moon: Supernatural Tales (1999).

3. My Father was a Man on Land and a Whale in the Water (Switzerland)

This poetic novella borrows from ancient mythology and yet is very much a contemporary work of literature. It follows the wild and unpredictable travels of an adolescent girl in search of her missing father. All she has is a suitcase containing some basic supplies and a murder victim (don’t ask). Brothers Grimm fairytale meets modern-day feminist fable in this tour-de-force from one of Europe’s most exciting young writers. Michelle’s poetic prose is the literary equivalent of a Hieronymous Bosch painting – dark, nightmarish and disastrously fun.

Michelle Steinbeck is at the fore of contemporary European literature and is widely acclaimed by authors such as Sophie Mackintosh, Camilla Grudova and Anne-Sophie Scholl. Born in Lenzburg Switzerland in 1990, Michelle writes prose, poetry and drama as well as reportage and columns. She is editor-in-chief at FABRIKZEITUNG and the organiser of BABELSPRECH, a forum for young international poetry.

Set in Tokyo and covering a period of 20 years – from the 1930s to 40s – The Little House explores family relationships amidst economic recession, global war and changing ideologies. The narrator is Taki, an old lady who reflects on her youth and the gradual decline of Japan’s prosperity over a dark period in Japan’s history. As a young girl she moves from the rural north to work in a middle-class neighbourhood in Tokyo’s suburbs. She finds work as housemaid for a kind family in their beautiful Western-style house. Taki’s story seems benign, but through her recollections with the family, she uncovers more than she bargained for, including buried secrets and fragile promises. This heartfelt novel explores love, loss and war with a special poignancy. Nakajima’s prose is masterful, full of empathy, clarity and charm.

Kyoko Nakajima was born in Tokyo in 1964. After working at a publishing firm and as a freelance writer, she made her debut as a novelist in 2003 with Futon. In 2010 her novel Chisai ouchi won the Naoki Prize. This was followed by the Izumi Kyoka Prize for Literature for Tsuma ga shiitake datta koro (When My Wife Was a Shiitake) in 2014 and the Kawai Hayao Story Prize and Historical Fiction Writers Club Award for Katazuno! (One-Horn!) in 2015. Her other works include Ito no koi (Ito’s Romance) and Chobo zekka (A Magnificent View).

Leila is the new girl in Max’s class in rural Germany. They soon become close friends. Leila has fled Syria with her family, leaving behind her grandmother and father. Her most cherished object is a walnut from her grandmother’s garden. Leila is desperately sad when she loses this walnut and sets out to return to Syria in the hopes of finding it there.

Kathrin Rohmann was born in 1967. In addition to her career as an agricultural engineer, she has published stories for young readers in publications such as GECKO and Kinder-ZEIT, and for Bavarian Broadcasting. Apple Cake and Baklava is her first children’s book.

This is the story of a dot that gets bored of sitting in the same place. It decides to get up and start moving around…

Syrian author Gulnar Hajo takes her young readers on a playful journey through the world as seen through shapes. Through charming illustrations and a clear story-line, Hajo explores how the universe is constructed from dots, lines and shapes, how they work harmoniously to shape the world we live in. The illustrations, both imaginative and original, have captured the imagination of many young Arabic readers. It was originally published in Arabic by Bright Fingers, a publishing house she co-founded with her husband, Samer al-Kadri, in Syria in 2004. The Dot That Couldn’t Sit Still was one of the stories they wrote together. It helped promote children’s literature in Syria and the surrounding regions. This is the first time Hajo’s work has been published in English by a UK-based publisher.

Gulnar Hajo was Born in Damascus in 1977 and is a graduate of the Faculty of Fine Arts, Damascus University Department of Painting in 1998. In 2004 she started writing children’s books and has since produced more than twenty books. Gulnar won the Alsharjah award 2013 for her book (My Ego and I) as well as the prize in the Anna Lindh Foundation in Damascus 2009 for her story (When I am mad — When I am sad).