Anne-Marie Drosso’s collection of fourteen short stories guides us through the turbulence of Egyptian modern history – from Gamal Abdel Nasser’s early days of glory to Abdel Fatah el- Sisi’s recent assumption of power. Each story weaves a tapestry of hope, crisis and despair illustrated by an array of characters trying to make sense of their lives in the face of social change and political turmoil. Drosso fictionalises potent segments of time from the mid-20th century onwards, revisiting illuminative figures from and affiliated with the ‘Cradle of Civilisation’.

The collection kicks off with ‘Good Man’, a story based on the life and death of writer and diplomat Herbert Norman (1909- 1957), who was the Canadian Ambassador to Egypt (1955-1957) during the Suez Crisis. ‘Lee is Coming’ is loosely based on Lee Miller (1907-1977), the model, muse and photographer, following her divorce from an Egyptian businessman. These personal, often touching tales provide a seamless narrative to Egypt’s tumultuous transitional phase. 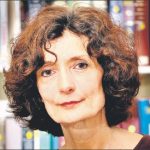 Anne-Marie Drosso was born in Cairo, Egypt, in 1951. She left in her early twenties for Vancouver, Canada, studying for her PhD in Economics, and later completed a Law degree. In 1999, Drosso began writing fiction after returning to Egypt. Her first release was the short story collection, Cairo Stories (Telegram Books, 2007), followed by […]

Published by Darf in March 2018