×
View basket “‘Fair Play’ or Poisoned Chalice” has been added to your basket.

Libyan Twilight: The Story of an Arab Jew

The Story of an Arab Jew

Libyan Twilight is a short memoir that discusses the forgotten Jewish community of Libya. As a child growing up in Benghazi, Raphael Luzon experienced the pogrom that followed the 1967 Six Day War between Israel and Egypt, Syria and Jordan. The Libyan Jews were forced to abandon their homeland and seek refuge overseas as a result.

The narrative jumps between the present and past, starting in 2012 where Raphael finds himself in a jail cell in post-revolution Libya amidst political chaos. He rewinds 45 years to a time when Libya was his home, just before the Muslim community ousted the ‘Arab Jews’. They spoke in a Libyan dialect of Arabic and had been rooted in North Africa since the destruction of the first temple in Jerusalem in 586BC right up until 1967.

Left with no choice, the Libyan Jews were forced to flee Benghazi and find settlement elsewhere, leaving a rich culture behind in Saharan sands. Luzon tells the story with an air of dignity rather than resentment. He opens the lid on a box of memories that reflect on the repercussions he and his community experienced over the last 50 years. As a memoir of exile, Libyan Twilight bursts with nostalgia and gives voice to a forgotten tragedy.

Shackled to his Libyan heritage, Luzon relives his life in Italy, Israel and London through a series of charming anecdotes. Sentiments aside, Libyan Twilight is about a man’s quest for justice. On a self-assigned mission, Luzon strives for closure on the deaths of his family in Tripoli during the pogrom. Nobody was convicted, nor were they granted a funeral. Luzon’s honorary pursuit for redemption places revenge aside, as he sets out to achieve a trial, a conviction and a funeral for the lost Libyan Jews. 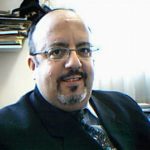 Published by Darf in September 2016