In Search of the Libyan Short Story

Part anthology and part travelogue, Translating Libya presents the country through the eyes of sixteen Libyan short story writers and one American diplomat. Intrigued by the apparent absence of ‘place’ in modern Libyan short fiction, Ethan Chorin resolved to track down and translate stories that specifically mention cities and landmarks in Libya. The stories trace the influence of the ancient Romans, the later Italian occupation and the current influx of foreign workers from Africa and further afield.

he authors open a window on today’s Libya – a rapidly urbanizing country with rich oil reserves, recently renewed diplomatic relations with the West and a nascent tourist industry based on its well-preserved ancient cities. This is a unique introduction to a country that has for some time been ‘off the beaten path’. 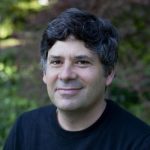 Published by Darf in October 2015