Turkey is today recognised as potentially the greatest of the emerging European countries, whose full impact upon a fast-changing world has yet to be felt. Little wonder then that there is a growing interest in the historical background of that nation, the roots of which lie in a thirteenth-century clash of races and religions which laid the foundations of the Ottoman Empire. This book first published in 1888, provides a full account of Turkey’s complex development which began with the conflict between Mongol, Seljuk and Turk, reached its height under Suleiman the Magnificent, and declined through the late sixteenth and seventeenth centuries as wars against Poland, Austria and Russia slowly sapped the Empire’s strength. The author, Stanley Lane-Poole (1854-1931) was a brilliant oriental scholar who wrote widely on Middle Eastern subjects. The present volume, here reproduced in facsimile from the first edition, contains over forty illustrations from the original work. 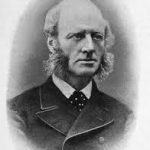 Stanley Edward Lane-Poole (18 December 1854 – 29 December 1931) was a British orientalist and archaeologist. His uncle was Edward William Lane. Born in London, England, from 1874 to 1892 he worked in the British Museum, and after that in Egypt researching on Egyptian archaeology. From 1897 to 1904 he had a chair as Professor […]